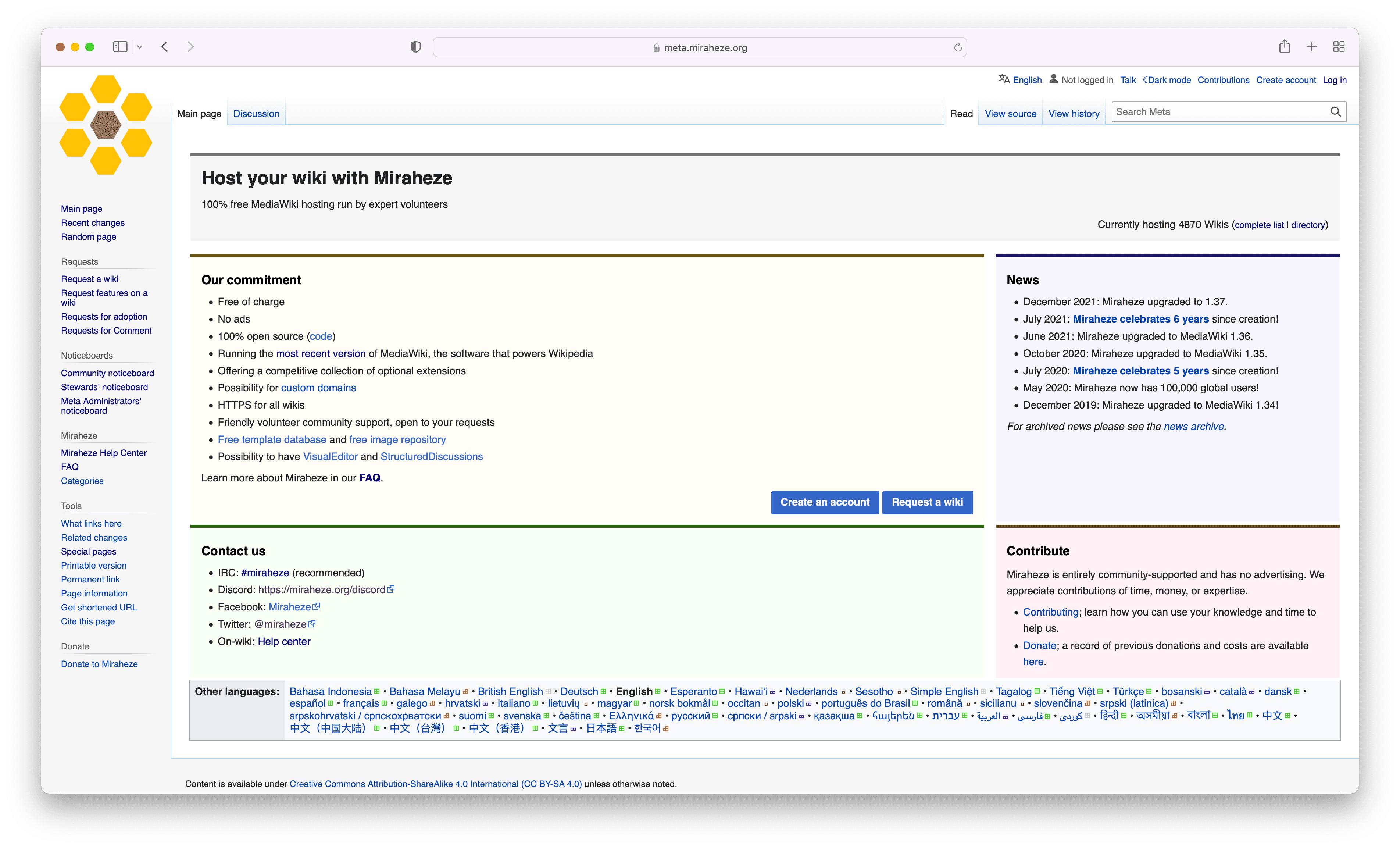 Miraheze runs the same software as Wikipedia, MediaWiki! You can do anything from uploading media such as images or videos, to writing articles or blogs. We have over 300 extensions and over 25 skins to choose from to customize your experience with MediaWiki!